Gov. Terry McAuliffe is not who he claims he is. Or is who he claims, but also is known as an actor. Either way, you look at it, this person is a liar and is using a pseudonym to get away with it. He needs to be held accountable along with the rest of the ACTORS who are playing the roles of our elected officials. 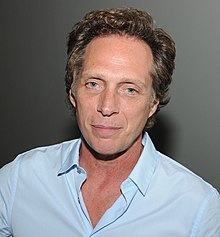 Fichtner was born on Mitchel Air Force Base[2] on Long Island, and was raised in Cheektowaga, New York, a suburb of Buffalo. He is the son of Patricia A. (née Steitz) and William E. Fichtner.[3][4] He has German ancestry.[5]

Terence Richard “Terry” McAuliffe (/məˈkɔːlᵻf/; born February 9, 1957) is an American businessman and the 72nd Governor of Virginia.[1] He served as Chairman of the Democratic National Committee, from 2001 to 2005, was co-chairman of President Bill Clinton‘s 1996 re-election campaign, and was chairman of Hillary Clinton‘s 2008 presidential campaign. He was an unsuccessful candidate for the Democratic nomination in the 2009 gubernatorial election. In the 2013 gubernatorial election, he was unopposed in the Democratic primary. McAuliffe defeated Republican Ken Cuccinelli and Libertarian Robert Sarvis, in the general election, collecting 47.8% of the vote; Cuccinelli garnered 45.2% and Sarvis received 6.5%.[1] He became governor on January 11, 2014.

REMEMBER When in doubt, check the spouse!