In 1964 Malcolm X declared Patrice Lumumba "the greatest black man who ever walked the African continent".  Now, we know why.  The same individual played both roles.

Malcolm X was a fraud played by the same actor that played Patrice Lumumba, the first democratically elected prime minister of the Congo, after it had won independence from Belgium.Look at the spouse, look at the ear, and look at the right hand.  All evidence stacked up by Ed Chiarini of wellaware1.com. 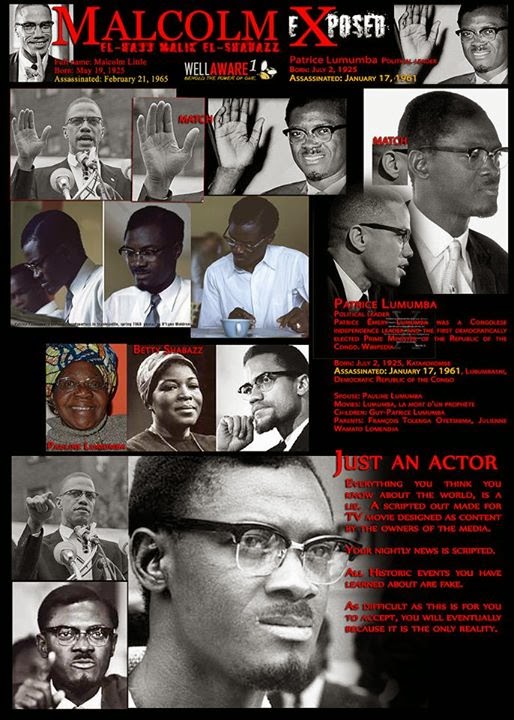