The director of a Norwegian museum claimed to have discovered cartoons drawn by Adolf Hitler during the Second World War.

If you're familiar with my work over the past 9 years, you are in the know about my research on Kermit Roosevelt.  He was the person who played Hitler as well as Walt Disney. If you're not briefly here, it is in a nutshell. (be sure to use the search engine on this site to find out more about this topic some of the search words you can use are noted in the tags attached to this story)

Kermit Roosevelt son of Teddy Roosevelt was a banker from Argentina. In fact, he was the head banker for that country, and you can still see the ties to that location today as I just outed the current president and made her step down. She is the sister of Columba Bush who is Jeb Bush's wife. This news comes after we find that the Bush family has bought one of the largest aquifers in Argentina and own a gigantic portion of land there as well. The deal that they used to get that land, of course, went through the president of Argentina, and you can imagine the insider trading information and favoritism that came along with it. the following images come from numerous stories that are written over the past six years about this topic feel free to through the mall and make sure to use a search engine when looking for additional information on the site  since this topic is a very broad and massive part of the work that I've done. just two days after releasing this information about Columba bushes sister she stepped down and was impeached. 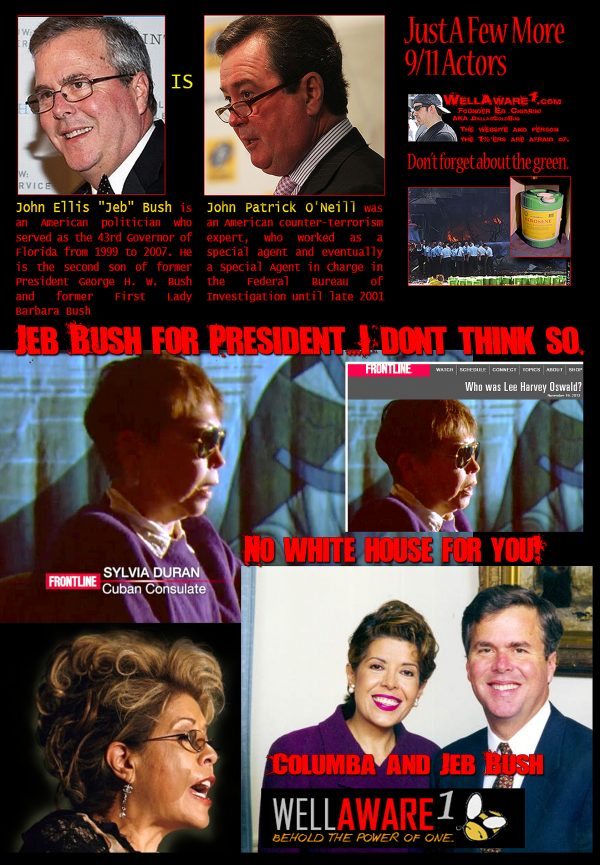 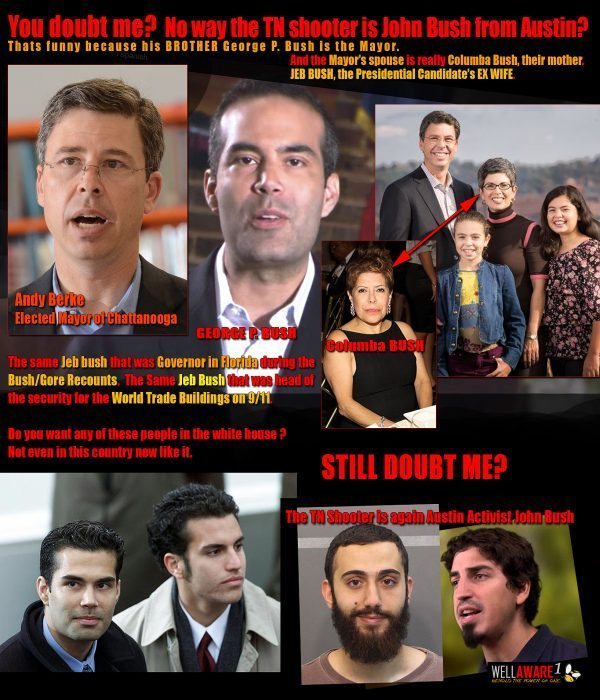 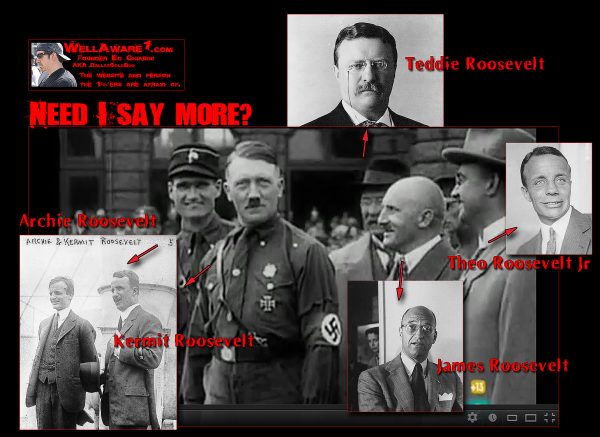 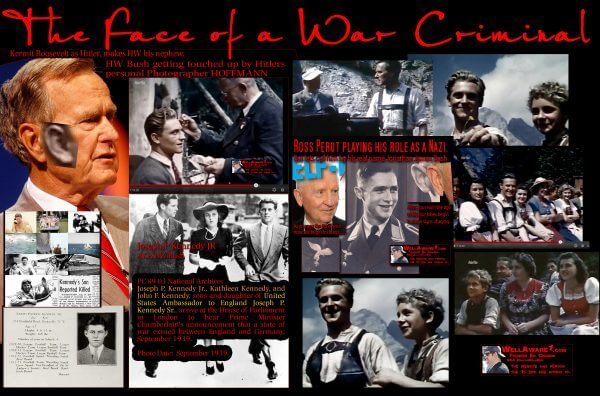 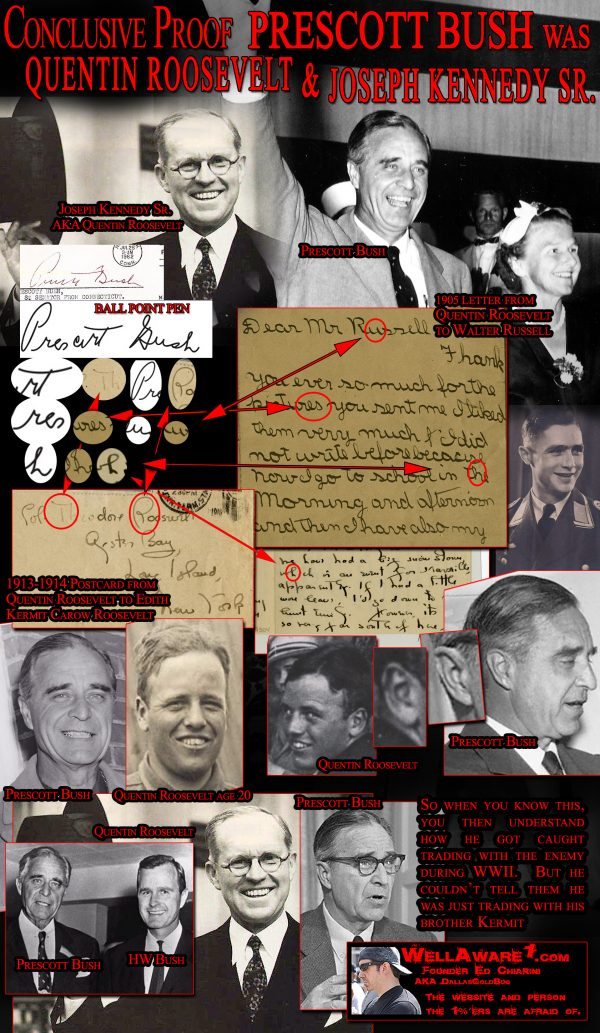 All you have to do is look back as far as the Teapot Dome scandal, and you will find the connection between Theo Roosevelt Junior who is Teddy's other son and Kermit's brother who was in charge of the land lease the Navy owned.   Instead of giving those contracts out to third-party corporations to manage the correct way, he gave them to corporations that had his family members running them. They got caught and nearly lost everything because of it.

So as Kermit being a banker and an American at best he decides to give up his American status and joins the British Army during World War II while at the same time his cousin FDR is our president his other cousin Winston Churchill as we see here has his connections to the Emperor of Germany Wilhelm the second and all these individuals I just spoke of  our blood relatives.  Let's not forget that James Roosevelt during World War II events played the role of Werner von Braun.  And we know that Werner signed a deal with Disney after the war to be a marketing person for them.

At the same time remember Nelson Rockefeller was in charge of the propaganda for the war and also in charge of the CIAA, which was the media and propaganda arm of the government at that time headed up by Disney himself. His job was to go to South America and to stop the influence of communism by the use of propaganda which he did, and this is where you see the connection to Argentina.

Disney, of course, is Hitler and is Kermit Roosevelt which I have said for the past six years. His sister played the role of Ava Braun.  Kermit's other two brothers Archibald Roosevelt has supposedly killed an airplane crash, but as you can see with the photographs of the accident it is staged and fake so what happened to Archie? He became known as Joseph P Kennedy senior also named Prescott Bush. Yes, that means he is the father of Joseph P Kennedy Junior who is really HW Bush. He is also the father of John Kennedy and that makes John Kennedy the brother of HW Bush. This is why you see HW Bush at the funeral for Pres. Ford making a comment and then smiling at someone in the front row about a crazed gun-toting assassin killed Kennedy he was looking at Kennedy himself who is really Jimmy Carter. If you think this is crazy, all you have to do is look at the spouse of each of these individuals, and you will see they all match.

By the use of biometric technologies, we can analyze the year the dorsal hand vein pattern the sibling and parental events as well as motive and opportunity to complete the evaluation of each of these individuals.  You will see that this family has been doing this for a very long time and we know their connections to the German Royals in photographs were Kermit and his father Teddy are with Emperor Wilhelm the second in the battlefields those photos are hardly available in the United States, but in Germany, they were quite accessible.

To support this evidence all you have to do is look at the brothers and their roles as the Nazis that surrounded Hitler the photographic evidence is clear that Winston Churchill was one of them. The rumors of him hiding in the bunker the entire time of the war are false. We can also conclude that this is fact by examining Hitler's Berg, which was his home.  Overlaying the images on top of Disney's home we can see that they are the same.  And just as a bonus during the sale of this house a few years ago I managed to grab some of the photographs that were being used to promote the sale. In one of those photographs we can still see the latticework on the windows that are consistent with the ones in the pictures of Hitler's home, but most of all we notice the German Royal crest inlaid in the window.

So if you're wondering if the war was fake no of course not it wasn't that makes this even more important that you understand the fact that the wars that we fight are manipulated and are not the results of real disputes between countries. The agreements that the people in charge have with the other nations in the conflict is purely a for-profit scheme.   The maintaining of the war as long as possible produces the most profits.  Therefore when you see the Bush family involved in the last Middle Eastern conflict that is still going on today you can understand how much the money they made from that fake staged event.

These people are all the relatives of the Royals of Germany who were kicked out of the country for being too warmongering where did they go to get kicked out well that's for you to find out because most of them I find are from the White House. This family has been manipulating your reality and affecting your lives as far back as the beginning of this country be sure to check back with the site to learn more.

Just to point out the fact that during these wars these individuals that are involved in a scam sat back and watched body bags come home to both countries involved and did nothing to stop it.  That in itself is the absolute epitome of evil and is one of the main reasons why I do what I do because I too was involved in the military as an airman in the Air Force. When I found out that the chain of command that goes up to the commander-in-chief are compromised with these individuals, you better believe I made a mission in my life to expose every single one of them to stop them from being able to put other people in harm's way for false reasons. Maybe that's the one thing that I learned while in the Air Force was the core mottos and those are:
Integrity first.  Service before self and excellence in all that you do.

Some things just take with you.

"Hitler" drawing Disney characters. That clinches your work for me.

You've all seen the statue of Walt Disney at the Magic Kingdom in front of the castle?
Heil Hitler !

Now you got me confused dude..wasn't it in Brazil the sis-in-law was playing politician? So Kermit had been a banker there?

Ha Ha... Doppelgänger... Yea, right, a term coined by Jean Paul and explained in his footnote...

The TV series Grimm features a doppelganger in the episode "Goodnight, Sweet Grimm".

In the CBS sitcom, How I Met Your Mother, all of the main characters have a doppelganger which they discover during the series.

During the 2008-2009 season of the comedy show Saturday Night Live, while cast member Amy Poehler was playing Hillary Clinton, the real Hillary Clinton made an appearance on the show and faced off with Poehler as her doppelganger

Hey Dizz...? (This isn't you, is it Amy...???) Heautoscopy is a term used in psychiatry and neurology for the reduplicative hallucination of "seeing one's own body at a distance". Think maybe this is what you may be suffering from...? Or just a bad case of the wannabe's...???

You people's accusation of the Fregoli delusion was a better attempt at the discreditation of Ed's work, but sadly to no avail apparently... So sorry...

Ed is so far beyond these petty criticisms at this point, people... Sometimes you can get so far ahead of the troops, that they think you're the enemy... Let's please stop shooting Ed in the back, O.k...??? Oh, it's almost time for the accountability phase, remember..??? It's going to be so very excellent... Ahhh...!!! Hahah...!!! I'm sorry...

Ed never ceases to amaze me! I am forever grateful for such a phenomenal leadership of expertise through WellAware1. The excitement is building from the anticipation of the accountability phase. I wish my dad was alive to witness what is about to happen to all of the deceitful people that have pulled the wool over our eyes for way too long. He would be first in line to shake Ed's hand and congratulate him. And I'd be second.

It's funny these trolls attempt to say I suffer from Fregoli delusion when in fact what I do is the complete OPPOSITE of that condition. hahaha, then when you understand that condition you then realize those that accuse me of suffering from it are themselves the ones who show the signs of it. It makes me laugh so hard that these actor trolls are not even smart enough to know this. hahaha they just spout off like diarrhea of the mouth with whatever they are told by the alt media without even thinking about it first.

Go home Christian Tremaure and take your bad acting with you.

The sister of Columba Bush was the president till I got her to step down. Kermit was the lead banker for Argentina back before the war and him denouncing his American citizens ship and becoming a British citizens to join the British army.

OMG I never thought about that one. Good catch!

The 4-H clubs of America and FFA (Future Farmers of America) were and are owned and operated by Eastern Star/Freemasonry to further corrupt and select children for abuses. It was huge in the rural public schools and is still pulling their sick agendas after they took our farming abilities and Women out of the kitchens and away from raising their children.

I dont think you are old enough to be on my site https://www.youtube.com/user/DIZZLERUS