I (James Daniel xdisciple) remember where I was on January 28, 1986... I was sitting in front of our family's Zenith console TV, changing the channels on the corded remote control with the type of buttons that you had to push down and click in.  I still remember the color and shape, perhaps my parents still have the unit in their basement...It was like a mini keyboard but ten times as thick.  When you pushed in one of the channel buttons, the previous one would click out.  I don't remember which channel I clicked on, but I remember the image of the Space Shuttle Challenger blasting off.    I had seen this before... Launches of the Space Shuttle were huge events back then, in school we would anticipate the launch with the near anxiety of a Christmas morning.  Our teachers, especially, would not fail to impress upon us the importance of the history of the space program and its upcoming missions.

As I sat there in amazement at the bird-like machine soaring into space, suddenly, and quite shockingly, it burst into a flash of flames and then white smoke. 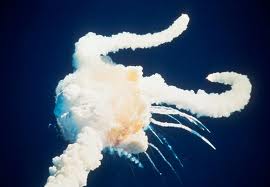 You had to see it on live TV to understand how someone who was watching it was quickly immersed into a totally surreal feeling.  I literally could not believe what I had just seen.  I thought to myself: "Is this a movie?"  Was I somehow quickly transported in time to 2011 and then into Transformers: Dark of the Moon?

Here is the evidence which exposes both the Challenger and Columbia disasters as fake media events:  I call it the Surviving Teacher Astronaut Theory or STAT. 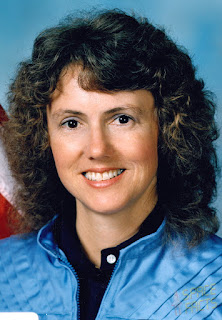 Among the 7 crew members who were said to have lost their lives that day, was one person of particular interest to this blog post.  The official history relates thatChrista McAuliffe was a teacher, who was chosen among 11,000 applicants forPresidentRonald Reagan's announced Teacher in Space Project.  The idea behind this project was to popularize the Space Program, and increase public interest and faith in the reliability of space flight.

But we will soon realize that the real intention must have been something else entirely... 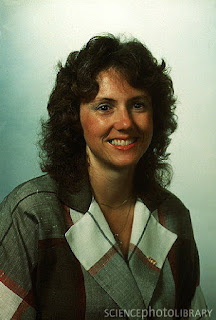 On February 1, 2003, the Space Shuttle Columbia disintegrated over Texas and Louisiana during re-entry into the Earth's atmosphere, resulting in the death of all seven crew members.  Among these casualties was one Laurel Blair Salton Clark, flight mission specialist and medical doctor. 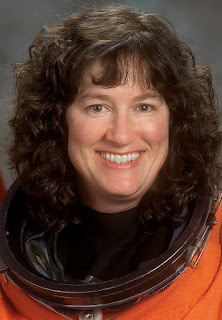 This person is the same person from the first disaster:  (Christa McAuliffe) from 17 years prior.  This single fact alone dismisses both disasters as a lie.  How can one person survive two disasters?  And not only these two characters, but the person who played these also likely played Lisa Nowak, the former NASA astronaut who was arrested at Orlando International Airport on charges of attempted kidnapping, battery, attempted vehicle burglary with battery, and destruction of evidence, out of a jealous fit over her former husband and his new romantic partner, allegedly.  More media fakery nonsense, most likely...

Add to this Sally Ride, physicist and former Astronaut aboard Challenger in the early 1980s.  She helped to investigate the Challenger disaster!  The teeth, chin, hair and shape of the face are all identical. 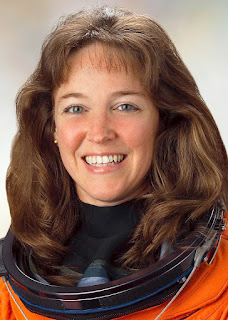 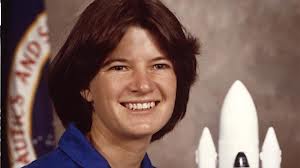 Sally Ride was supposedly the first American woman in space and also the youngest American at age 32.  Just a few hours ago, the media has reported that Sally Ride has passed away at age 61, no doubt as a result of Ed Chiarini's exposition above.  And no doubt, the moon landings were faked, as is popularly believed.  What really is on the dark side of the moon?