Born Marguerite Annie Johnson; April 4, 1928 – May 28, 2014, was an American author, poet, dancer, actress, and singer. She published seven autobiographies, three books of essays, and several books of poetry, and was credited with a list of plays, movies, and television shows spanning over 50 years. She received dozens of awards and more than 50 honorary degrees. Angelou is best known for her series of seven autobiographies, which focus on her childhood and early adult experiences. The first, I Know Why the Caged Bird Sings (1969), tells of her life up to the age of 17 and brought her international recognition and acclaim.

She became a poet and writer after a series of occupations as a young adult, including fry cook, prostitute, nightclub dancer and performer, cast member of the opera Porgy and Bess, coordinator for the Southern Christian Leadership Conference, and journalist in Egypt and Ghanaduring the decolonization of Africa. She was an actor, writer, director, and producer of plays, movies, and public television programs. In 1982, she earned the first lifetime Reynolds Professorship of American Studies at Wake Forest University in Winston-Salem, North Carolina. She was active in the Civil Rights movement, and worked withMartin Luther King, Jr. and Malcolm X. Beginning in the 1990s, she made around 80 appearances a year on thelecture circuit, something she continued into her eighties. In 1993, Angelou recited her poem "On the Pulse of Morning" (1993) at President Bill Clinton's inauguration, making her the first poet to make an inaugural recitation since Robert Frost at President John F. Kennedy's inauguration in 1961.
With the publication of I Know Why the Caged Bird Sings, Angelou publicly discussed aspects of her personal life. She was respected as a spokesperson for black people and women, and her works have been considered a defense ofAfrican American culture. Attempts have been made to ban her books from some U.S. libraries, but her works are widely used in schools and universities worldwide. Angelou's major works have been labeled asautobiographical fiction, but many critics have characterized them as autobiographies. She made a deliberate attempt to challenge the common structure of the autobiography by critiquing, changing, and expanding the genre. Her books center on themes such asracism, identity, family, and travel.

In 1961, Angelou performed in Jean Genet's play The Blacks, along with Abbey Lincoln, Roscoe Lee Brown,James Earl Jones, Louis Gossett, Godfrey Cambridge, and Cicely Tyson. Also in 1961, she met South African freedom fighter Vusumzi Make; they never officially married. She and her son Guy moved with Make to Cairo, where Angelou worked as an associate editor at the weekly English-language newspaper The Arab Observer. In 1962, her relationship with Make ended, and she and Guy moved to Accra, Ghana, he to attend college, but he was seriously injured in an automobile accident. Angelou remained in Accra for his recovery and ended up staying there until 1965. She became an administrator at the University of Ghana, and was active in the African-American expatriate community. She was a feature editor forThe African Review, a freelance writer for the Ghanaian Times, wrote and broadcast for Radio Ghana, and worked and performed for Ghana's National Theatre. She performed in a revival of The Blacks in Geneva and Berlin.
In Accra, she became close friends with Malcolm X during his visit in the early 1960s. Angelou returned to the U.S. in 1965 to help him build a new civil rights organization, the Organization of Afro-American Unity; he was assassinated shortly afterward. Devastated and adrift, she joined her brother in Hawaii, where she resumed her singing career, and then moved back to Los Angeles to focus on her writing career. She worked as a market researcher in Watts and witnessed the riots in the summer of 1965. She acted in and wrote plays, and returned to New York in 1967. She met her lifelong friend Rosa Guy and renewed her friendship with James Baldwin, whom she had met in Paris in the 1950s and called "my brother", during this time. Her friend Jerry Purcell provided Angelou with a stipend to support her writing. 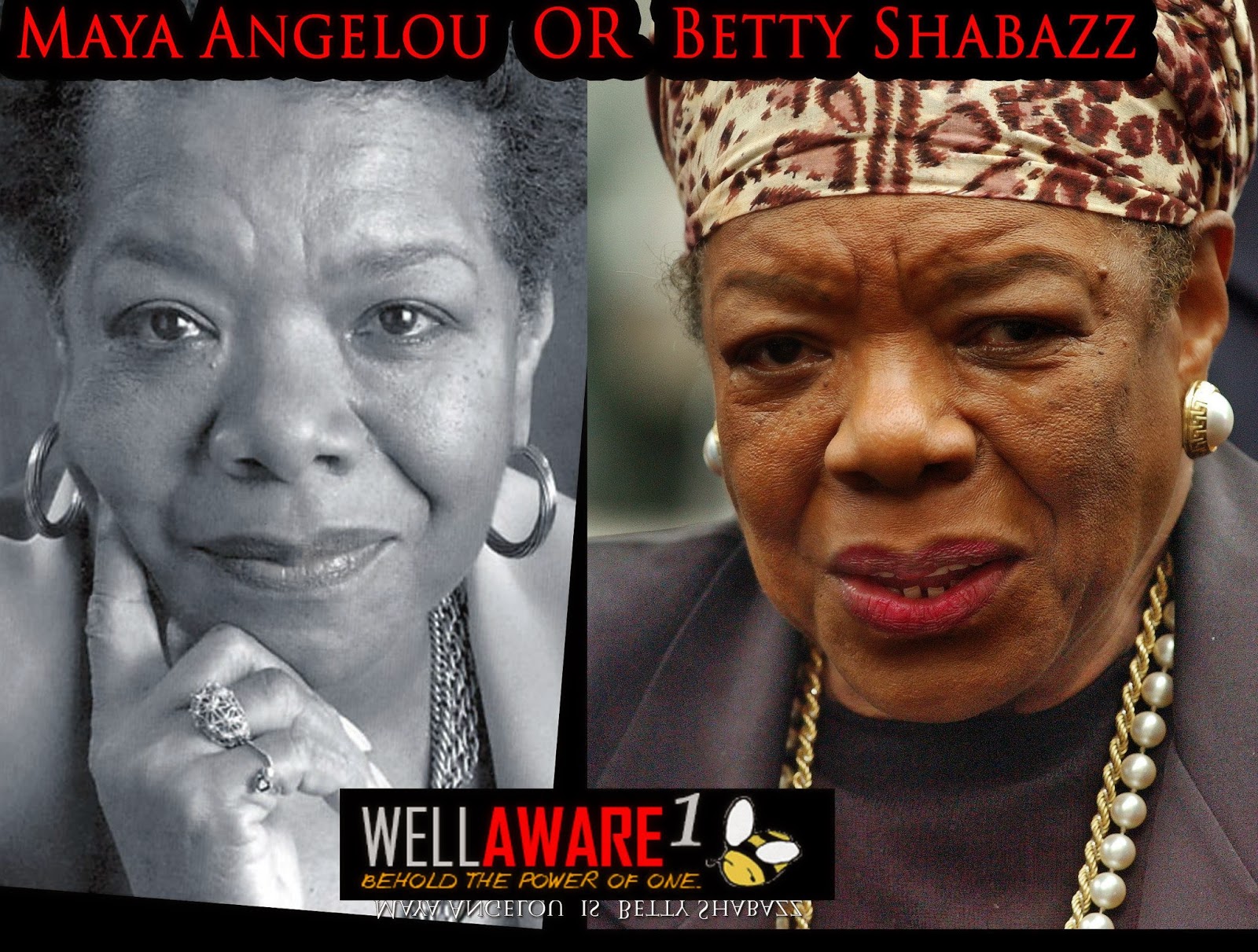 The details of Angelou's life described in her seven autobiographies and in numerous interviews, speeches, and articles tended to be inconsistent. Critic Mary Jane Lupton has explained that when Angelou spoke about her life, she did so eloquently but informally and "with no time chart in front of her". For example, she was married at least twice, but never clarified the number of times she had been married, "for fear of sounding frivolous"; according to her autobiographies and to Gillespie, she married Tosh Angelos in 1951 and Paul du Feu in 1973, and began her relationship with Vusumzi Make in 1961, but never formally married him. Angelou had one son Guy, whose birth was described in her first autobiography, one grandson, and two great-grandchildren, and according to Gillespie, a large group of friends and extended family. Angelou's mother Vivian Baxter died in 1991 and her brother Bailey Johnson, Jr., died in 2000 after a series of strokes; both were important figures in her life and her books. In 1981, the mother of her son Guy's child disappeared with Angelou's grandson; it took four years to find him. In 2009, the gossip website TMZ erroneously reported that Angelou had been hospitalized in Los Angeles when she was alive and well in St. Louis, which resulted in rumors of her death and according to Angelou, concern among her friends and family worldwide.

Born Betty Dean Sanders (May 28, 1934 – June 23, 1997) and also known as Betty X, was an American educator and civil rights advocate. She was the wife of Malcolm X.
Shabazz grew up in Detroit, Michigan, where her foster parents largely sheltered her from racism. She attended theTuskegee Institute in Alabama, where she had her first encounters with racism. Unhappy with the situation in Alabama, she moved to New York City, where she became a nurse. It was in New York that she met Malcolm X and, in 1956, joined the Nation of Islam. The couple married in 1958.
Along with her husband, Shabazz left the Nation of Islam in 1964. She witnessed his assassination the following year. Left with the responsibility of raising six daughters as a single mother, Shabazz pursued a higher education, and went to work at Medgar Evers College in Brooklyn, New York.
Following the arrest of her daughter Qubilah for allegedly conspiring to murder Louis Farrakhan, Shabazz took in her young grandson Malcolm. He set a fire in her apartment that caused severe burns to Shabazz. Shabazz died three weeks later as a result of her injuries.

Betty Dean Sanders was born on May 28, 1934, to Ollie Mae Sanders and Shelman Sandlin. Sandlin was 21 years old and Ollie Mae Sanders was a teenager; the couple were unmarried. Throughout her life, Betty Sanders maintained that she had been born in Detroit, Michigan, but early records—such as her high-school and college transcripts—show Pinehurst, Georgia, as her place of birth. Authorities in Georgia and Michigan have not been able to locate her birth certificate.