THE OBJECTIVE
Of WellAware1 is to present the facts about current events that are used to manipulate the perception of the general public. Throughout history, we the people have been lied to by our leaders. This is a historical fact. Lives have been lost due to these lies. That, also, is a fact. When we see an event unfold on TV, that immediately is used to further a political agenda, you should instantly question its authenticity. Any unanswered questions about things that don’t make sense must be answered before we can expect to move forward as a nation.

WHAT I DISCOVERED
Through the past four years of our investigation of the news, and historical events is that they are either partly influenced, completely scripted out, or fictional but claimed to be factual and produced by the same people. When scripted out they will employ actors related to approximately 5-8 families. These families are at the core of historical events since the beginning of this nation and more than likely longer. They are the owners of the media conglomerates and pass down the knowledge from generation to generation and use their connections to continue propagating their lies. They use pseudonyms and straw families to generate the character they need to play the roles as our elected officials and benefit by the lies they generate. When caught, they just kill off the character and change positions, and the pseudonym use makes it impossible to track them down and hold them accountable.

WHEN READING THIS MATERIAL,
And judging the research, information, diagrams, and photographic comparisons presented, there may be times you feel the truth is more frightening than any fiction. That feeling is what I describe as “the roller coaster ride” of emotions that people experience. Discovering everything you know about history is a sham, can be overwhelming.

The generations of faux leaders and actors thought we were fools when we gave them our greatest gift — our trust.

Their attempts to manipulate your perception of reality is artificial social engineering and is not tolerated. They do not have the right to impose their views on society, whether perceived as good or bad. Your life is your life, as you should be free from conditioning, especially from those who are paid to act and have no accountability for whatever damage they cause. Let us prove ourselves now wise by laying claim to our own destiny, with the real truth once again.”

I am the ONLY ONE, to go after the actors and publish THEIR BIRTH NAMES, unlike the copycat so-called investigators who stop on purpose at just calling them actors.

If you have any doubt as to who I am, I AM THE ONLY ONE who has publicly presented my work and done so while backing it up by using my FULL LEGAL BIRTH NAME so you can validate my identity. None of the others will do this because they are part of the problem, and in the rare case they are not they are conditioned to believe you get killed if you speak the truth due to watching and believing television.

Once again, demonstrating precisely the conditioning THEY publish in movies and TV is a way to fool you into believing that fantasy is real so people fear to do the right thing.

I challenge you to find another person on this planet that can make those claims and back it up with the facts to prove them.

RATHER THAN FIGHT
Amongst each other, focus your intentions on getting the legislation changed that will finally close the loophole that allows a person to have a third party individual vouch for their identity, and never have to show any form of ID to run for the office of an elected official. On top of that, they are legally permitted to use a pseudonym name that is not registered to their person. They are not bound by any law that stated they must disclose this to their constituents. 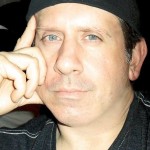 This article is also published as a forum topic here »
Tags: the objective