For those who still doubt what I’m saying, you have the proof here so deal with it.

We have multimodal forensic evaluations.  Teeth, dorsal vein, facial landmarks, and the supporting evidence of his WIFE is the same as his girlfriend when he was Jimi.  EVEN THE SAME stepdaughter.  You cannot deny this. You can attempt to deny this all you want, but the evidence is clear. Morgan Freeman (the actor known as that pseudonym) was also known as the Musician Jimi Hendrix. I was the first to report this, and stand by my findings. Do I need to go on?  No, not really, because if you have any ability to critically think and apply common sense you know for a fact with this scientific evidence as well as the supporting proof of his spouse, know what I am saying is FACT.  If you claim to disagree, even after looking at the evidence in front of you, it shows you are thinking in a conditioned state and/or are benefiting from this lie somehow.

The facts are clear, and the evidence is sound. Here is the dorsal had vein match.  END OF STORY! 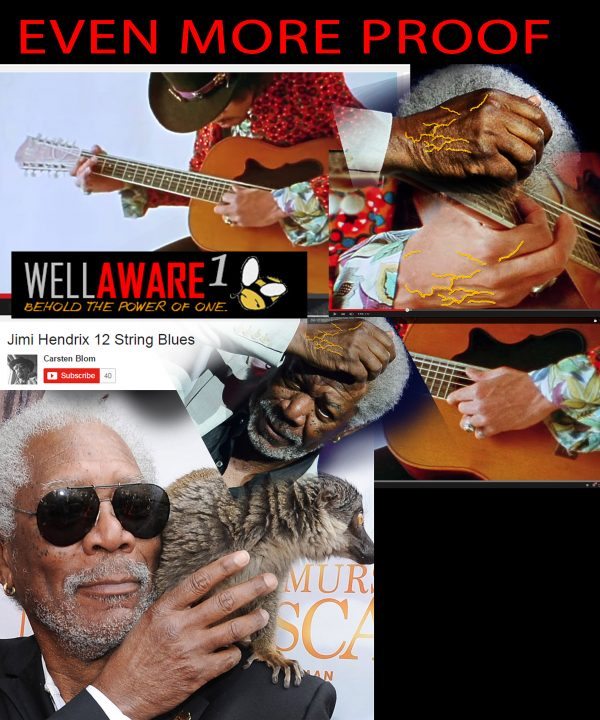 James Marshall “Jimi” Hendrix (born Johnny Allen Hendrix; November 27, 1942 – September 18, 1970) was an American guitarist, singer, and songwriter. Although his mainstream career spanned only four years, he is widely regarded as one of the most influential electric guitarists in the history of popular music, and one of the most celebrated musicians of the 20th century. The Rock and Roll Hall of Fame describes him as “arguably the greatest instrumentalist in the history of rock music”.[1]

Born in Seattle, Washington, Hendrix began playing guitar at the age of 15. In 1961, he enlisted in the US Army; he was granted an honorable discharge the following year. Soon afterward, he moved to Clarksville, Tennessee, and began playing gigs on the chitlin‘ circuit, earning a place in the Isley Brothers‘ backing band and later with Little Richard, with whom he continued to work through mid-1965. He then played with Curtis Knight and the Squires before moving to England in late 1966 after being discovered by Linda Keith, who in turn interested bassist Chas Chandler of the Animals in becoming his first manager. Within months, Hendrix had earned three UK top ten hits with the Jimi Hendrix Experience: “Hey Joe“, “Purple Haze“, and “The Wind Cries Mary“. He achieved fame in the US after his performance at the Monterey Pop Festival in 1967, and in 1968 his third and final studio album, Electric Ladyland, reached number one in the US. The double LP was Hendrix’s most commercially successful release and his first and only number one album. The world’s highest-paid performer, he headlined the Woodstock Festival in 1969 and the Isle of Wight Festival in 1970 before his accidental death from barbiturate-related asphyxia on September 18, 1970, at the age of 27.

He was discovered while in the Army. He received recondition while graduating from Jump school. Now I ask you this, how do you go from being recognized and awarded a metal to just shortly after that being discharged by your superiors who claimed you were not fit to serve in the Army? I call bullshit on that and will speculate that he was recruited to be a spy. 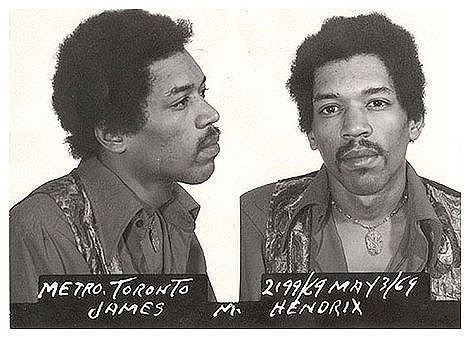 Morgan Freeman[3] (Born June 1, 1937) is an American actor, film director, and narrator. Freeman has received Academy Award nominations for his performances in Street Smart, Driving Miss Daisy, The Shawshank Redemption and Invictus, and won the Best Supporting Actor Oscar in 2005 for Million Dollar Baby. He has also won a Golden Globe Award and a Screen Actors Guild Award. Freeman has appeared in many other box office hits, including Unforgiven, Glory, Robin Hood: Prince of Thieves, Seven, Deep Impact, The Sum of All Fears, Bruce Almighty, Along Came a Spider, The Dark Knight Trilogy, March of the Penguins, The Lego Movie and Lucy. He is known for his distinctively smooth, deep voice. He got his first break as part of the cast of The Electric Company.

Freeman was injured in an automobile accident near Ruleville, Mississippi, on the night of August 3, 2008. The vehicle in which he was traveling, a 1997 Nissan Maxima, left the highway and flipped over several times. He and a female passenger, Demaris Meyer, were rescued from the vehicle using the “Jaws of Life“. Freeman was taken via medical helicopter to The Regional Medical Center (The Med) hospital in Memphis.[35][36] Police ruled out alcohol as a factor in the crash.[37] Freeman was coherent following the crash, as he joked with a photographer about taking his picture at the scene.[38] His left shoulder, arm, and elbow were broken in the crash, and he had surgery on August 5, 2008. Doctors operated for four hours to repair nerve damage in his shoulder and arm.[39] On CNN‘s Piers Morgan Tonight he stated that he is left-handed, but cannot move the fingers of his left hand. He wears a compression glove to protect against blood pooling due to non-movement. His publicist announced he was expected to make a full recovery.[40][41] Meyer, his passenger, sued him for negligence, claiming that he was drinking the night of the accident.[42] Subsequently, the suit was settled.[43]

Now if you believe that Bullshit then you are a clown. So what does Morgan do today?  He owns a bar in Memphis that plays live music.  Go figure! whatever spys spy on.

HUmmmmm I think that would be a stretch.

What a scam!…no question Hendrix is Freeman. Ed, when you say he was recruited as a spy, in your opinion, what would of been his mission, who would he have spied on?

Oh, and Nelson Mandela is his daddy to, right…???

What a scam!…no question Hendrix is Freeman. Ed, when you say he was recruited as a spy, in your opinion, what would of been his mission, who would he have spied on?

Oh, and Nelson Mandela is his daddy to, right…???