Although I'm not Canadian and don't profess to know their laws, we have discovered a situation that if ignored could mean more years of outrageous public displays, and chaos.  Do you really want another Governer Rob Ford?  Or possibly someone worse?

OTHER CANADIAN OFFICIALS AND CELEBRITIES 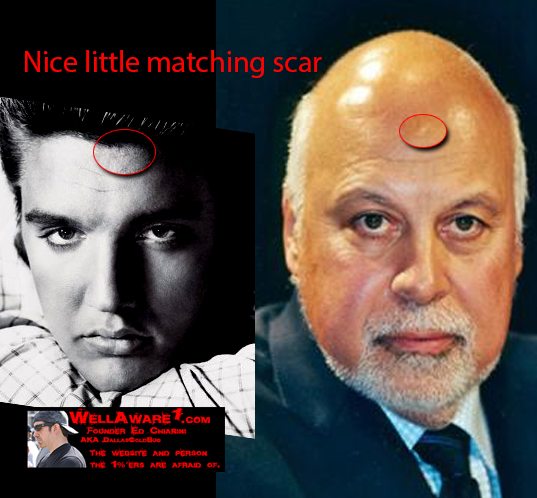 The individual running for Governor of Toronto is not who she claims to be.  In fact, the person we have identified her as being has direct ties to Israel. How can this be?  If this is true, it can't be legal or can it?  If Canadian laws are similar to ours in the States, considering they are both based on the British system,  then I would bet they are using the same loophole they do here to pull off this deception legally.  To be more specific, there is a loophole in the system that lets a person get elected to office and never have to show any form of ID or disclose to constituents who they are using a fake name.  That is a massive threat to national security.

AND YOU THINK HIS NAME IS TRUMP

Think that's crazy?  Well before I go into the legality of the situations here is a real-world example for you to contemplate. 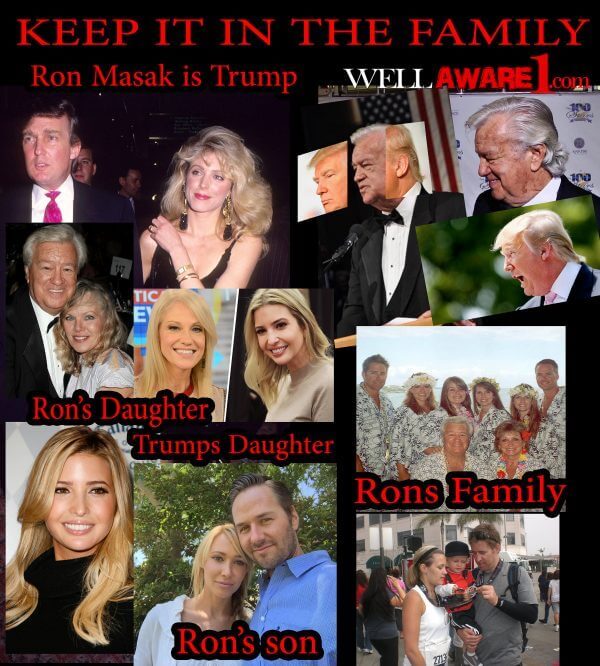 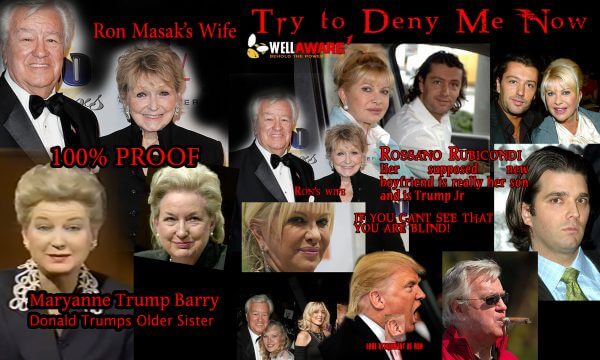 He admits that's, not his real name.  He even states it's not registered to his person.  Yet, as Governor of Minnesota, he signed official documents with that fake name.

Do you fully understand what that means?  A person could be hired by someone, a country, a corporation, or whatever, and given a fake name, funded, and possibly win a position as an elected official.  Since we don't know who that person is,  funding can be funneled to the campaign via their real name, as well as investments made that violate insider trading laws but no one will ever know.  You can kiss campaign finance regulations goodbye, and the opportunities for fraud are endless.  Once in office, they are not beholden to any constituents that helped get them elected, they are under the control of whoever funds them.

This is why politicians don't care about the people they represent.  They know that whatever they do while in office, there is nothing the people can do to hold them accountable.  Since we don't know who they are, we can't sue them.  This gives them the freedom to make backroom deals with corporations or PAC's that line their pockets, while you the taxpayer is left with the expense.

Still, think that ok?  What if the scenario were a foreign nation who wants to ensure favorable trade deals?  If its legal to do it, why would you not EXPECT them to do it?

Is there a profit made by taking advantage of this?  Of course, there is.  So why don't you expect corporations to jump on this?

Are wars profitable?  Absolutely,  I have shown many situations in our history were a seated president was making deals with the owners of big industries to produce the items needed for war, only to find out the owners of those corporations we related to the President.  The Teapot Dome scandal almost cost the Roosevelts everything they had. In the end, the only people that really pay for war are the peasants who are tricked into dying for something they have been told valuable, Patriotism.

ITS ALL ABOUT THE PAPER
I contemplated running for office once, so I started looking into the paperwork that is needed to be filed by a person who wants to run for ANY elected position.  As I gathered all the documents, I noticed one in particular called the Oath of Candidacy form.

On the first page of the form at the bottom, there is a section that reads TYPE OF ID SHOWN then a blank space followed by a checkbox option that is labeled or PERSONALLY KNOWN.  I was curious about this option and was very concerned at what it possibly meant so I took my concerns to my lawyer who I happened to have a meeting scheduled with for my supreme court case the following day.

I flat out asked him, " is it legal to run for office and never have to show any form of ID?"  he paused and said, "YEP"  I was shocked.  I really didn't know what to say.  If you are not appalled after hearing this, then you really need to think about what I just said.

Realize that every elected official might not be who you think they are.  Do you think you can get that person to work for you the people when he can legally lie to your face and turn around and get in bed with corporations who do not have your interests in mind?

HOW LONG HAS THIS BEEN ALLOWED?
As far as I can tell its been this way from the very start of this country.  The legal system in place in the States is based in part on the British system.  I'm assuming they have the same legislation on their books, but possibly its called something different.  Since Canada falls under the Queen's jurisdiction, the problem exists and is what you see being used to allow the Fiction named Faith Goldy to take a shot at the office of Governor.

You need to look at who the person behind the illusion.  Is Abby Martin her birth name?  I highly doubt it, but it might be.  That's where you enter my world and start to understand why I am using Biometrics to at least identify these actors per roles they play, but have a difficult time breaking through their defensive shield to learn their birth identity.   We have been successful with many of them, but that was just by luck they happened to make mistakes that I happened to catch.  That mistake was never thought to have been such a pivotal moment until recently when it provided me the ability to expose their playbook.  The rules they use, and I teach to others are universal.  You can take any event in history and apply the rules to, and the illusion automatically falls apart, and you see who the actors are that are producing that historic moment that is recorded and taught for generations to come.

Once you realize the potential that everything taught to you has been based on a fiction and is a fiction as well, or a fiction influenced the event which still makes it an artificial manipulation of humanity.  The source of those scripts created are the owners of the networks. Their networks are used to push their propaganda.  These powerful elites using their immediate family as the actors produce real-world results that they record in the books they print on their presses and sell to you.

Take a step back and realize what is taking place in front of your eyes.  Do you see it now?  It's always been right there in plain sight.  You just never looked at it from this perspective before, and why would you have?  Validate what I just told you, and you will see evidence of this game tracing all the way back to the Romans then continuing to the Egyptians.  I will bet you can find this lie going back to the dawn of man.

IS THAT WASHINGTON DC OR ROME?
Why do you think all the government building in Washington DC are built with Greek and Roman architecture?  Why choose Egyptian structures like the obelisk as national monuments?  Masonic symbols have origins in the Middle East.  Our paper money is full of Egyptian and Roman symbology.  Even our coins are decorated with bust's of our leaders, and building like Monticello with its pillars,  all come from Greek and Roman designs.

You have the United Nations Symbol with the Greek leaves around the outer edge.  (A laurel wreath is a symbol of victory and honor. It is around wreath made of interlocking branches and leaves of the bay laurel (Laurus nobilis), an aromatic broadleaf evergreen, or later from spineless butcher's broom (Ruscus hypoglossum) or cherry laurel (Prunus laurocerasus). It is worn as a chaplet around the head, or as a garland around the neck. In Greek mythology, Apollo is represented wearing a laurel wreath on his head. In ancient Greece wreaths were awarded to victors, both in athletic competitions, including the ancient Olympics—for which they were made of wild olive-tree known as "kotinos" (κότινος),[1] (sc. at Olympia)—and in poetic meets; in Rome they were symbols of martial victory, crowning a successful commander during his triumph. Whereas ancient laurel wreaths are most often depicted as a horseshoe shape, modern versions are usually complete rings.

In typical modern idiomatic usage, it refers to a victory. The expression "resting on one's laurels" refers to someone relying entirely on long-past successes for continued fame or recognition, where to "look to one's laurels" means to be careful of losing rank to competition.)

Begin to connect these things and ask why they refer to those far away civilizations.  It's because once in power always in power.  They never gave up that position and tricked you into believing you are voting for someone who is looking out for your interests when the reality is they are all related to each other and are not about to give any power to you the peasant.

Don't you find it odd that all of our presidents are related to one another?  I can't believe just that by itself doesn't have the people up in arms screaming foul!

Every President since day one of this country has a direct connection to the media conglomerates of that time.  Yes, ALL OF THEM.  Ben Franklin owned newspapers and wrote stories he made up using fake names.  Lincoln had to sell his paper to become president.  The Kennedy's are massive owners of that industry.  Even OBAMA who I exposed while he was president, is a HURST relative.

Why do you think Disney has its CASTLE with its own ZIP CODE?  Think about it.  Why is that castle modeled after a German Emporer?  Are you connecting the dots yet?

PICK AN ISSUE ANY ISSUE
Why would you think you can pressure them into passing legislation that would be in direct conflict with corporations that funds them?

What I'm suggesting is you might want to put aside whatever issues you are currently campaigning for, and come together as one voice, focused on fixing this loophole. If you chose not to you, risk never getting anything accomplished because the elected officials you rely on have no reason to do anything that would conflict with the big corp they are obligated to serve.

Jennifer Keesmaat lost the election but is Belinda Stronach. She is an ex member of Canadian parliament and daughter to billionaire Austrian - Canadian Frank Stronach from Magna international.