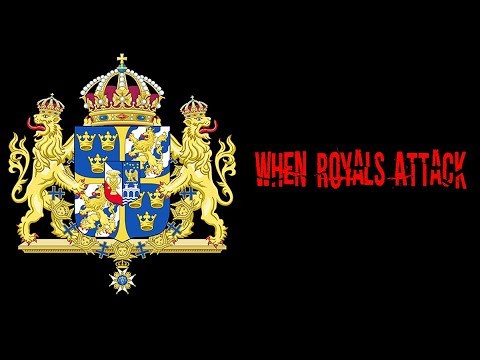 This video is one of 400 that YouTube took down, in an attempt to silence my work. I have been exposing the “Actor Based Reality” that the government and media have fed the people in an attempt to control our perception of this world.

The media networks are all owned by the Royals families and are used to manipulate the peasants into buying their goods and to live in fear so we will behave. I refuse to sit here and watch them destroy humanity just so they can remain in the position they are in. Once you see the evidence I present in my 8 years of investigating these people, you can free yourself from the conditioned state you have lived in your entire life. Once you take that step there is no going back to life as you knew it before. The world is a much more beautiful place when you free yourself from this burden you existed under when you believe what you thought was the reality on the news.

The conflicts you are presented with are a means to control your life and create friction which in the mainstream media’s world translates into longevity for the scripted out stories they broadcast. Longevity means more profit for the conglomerates that own the actors and the productions they act in. Everything you see on the news is a scripted out controlled production. It is the cause of all your problems and in history has been a driving factor that many a life has been taken.

This video is documentation of my investigation of one of those scripted out events that were used as an attempt to remove more of your gun rights. Stephanie Sledge (Owner of The Government Rag Online News Paper) traveled with me to Pima, Arizona so we could get boots on the ground and gather evidence on the Gabby Giffords’ shooting.

Giffords, a Congress Woman (Who no one ever heard of) was said to of been shot while in public at an event. Also assassinated that day was a federal judge named John Roll. In reality, no one was shot and the entire thing was a hoax paid for by the Hearst and Greenberg families.

In other videos that I am uploading, you will hear the police broadcasts that day that I obtained which you can hear them call out 3 separate times with 45 minutes in between them for an active shooter. The official version claims they sheriff arrived on the scene and within 10 minutes had the location and the suspect apprehended. But since it was a Multi-jurisdictional drill where numerous agencies have to take turns role-playing they have to call out the event each time.

This evidence is further solidified when I received an internal memo from DHS called an EXPLAIN. This document, 45 pages in entirety, outlined a school shooting scenario that when I leaked the document caused them to cancel.

We traveled to Arizona, funded by Joyce Riley of the Power Hour Radio show to investigate and interview eyewitnesses to the event.

I was followed around the entire time I was there and every time I went into the shopping center where they say the event took place the police were called. Then I found out who Stephanie was and that’s when it got VERY REAL AND INTERESTING.

I still get attacked and have to deal with individuals you see in this video. They play roles in other events such as the Sandy Hook Shooting Hoax and as elected government officials.

This article is also published as a forum topic here »